SUNDERLAND BLOWN AWAY AT WINDY GRANGEFIELD 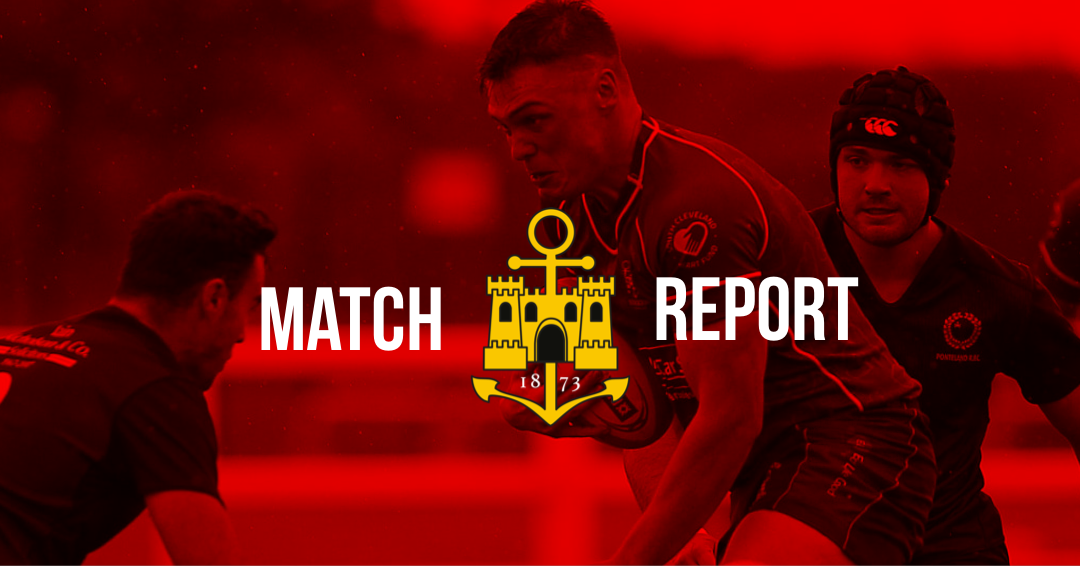 For the second week in succession Grangefield had a gale force wind blowing straight down the first team pitch. Otherwise conditions were good on a dry and well grassed pitch.

Stockton elected to play into the wind in the first half against a big Sunderland team and we were only four minutes into the game when their Centre, Dean Edmondson, glided through a gap in the Stockton defence from 15 metres out to score near the posts. Left winger Leon Ryan converted and the visitors were ahead 7-0.

From the re-start Sunderland managed to quickly lose possession, giving Stockton a chance to exert some pressure. Several near misses ensued before the ball was moved left for wing Steve Bartliff to cross for an unconverted try. Ten minutes gone and the score was Stockton 5, Sunderland 7.

Sunderland were using the wing to good advantage now and they extended their lead halfway through the half when Wilson forced his way over for a try. In the difficult conditions the conversion was missed, but Sunderland now led 12-5.

It was now important that Stockton stopped Sunderland extending their lead any further, which is exactly what they did for the next 20 minutes and the teams went to the break with 7 points between them. Credit during this point in the game should be given to right wing Te Kori Moore, who, when Stockton were struggling to get out of their own 22 metre area, made a superb side stepping run over 50 metres to get them out of trouble and into the Sunderland half.

It was now important that Stockton scored early in the second half. Sunderland made a handling error from the kick off, giving the home side good field position. The ball was quickly worked left and Steve Bartliff squeezed over the try line just 2 minutes into the half. Stockton 10, Sunderland 12.

Six minutes later Bartliff scored his third try of the afternoon, this one being a superb individual effort over 40 metres, beating several players on the way to the try line (and costing him a jug of beer!). Again the score was unconverted, but Stockton now held the lead for the first time with the score at 15-12.

Stockton were now using the wind to their advantage, kicking from deep in their own half and then pressurising the visitors with some aggressive defence, and it was no surprise after 52 minutes of the game when Fly Half Ritchie Young saw a gap in the defence and scored by the goal posts. Te Kori Moore converted and the score was now Stockton 22, Sunderland 12, and the try scoring bonus point in the bag.

Sunderland fought hard to get back into the game, but on 75 minutes Stockton made sure of the win when Centre Steve Tampin crossed wide out on the right. Moore again converted to make the final score Stockton 29 – Sunderland 12.

This was Stockton’s ninth win on the trot during which they have garnered 42 points out of a possible 45, which cements their third spot in the league

Man of the match, for an outstanding all round game full of good running, ball steals, offloads and some sterling defence was Back Row Josh Wilson.