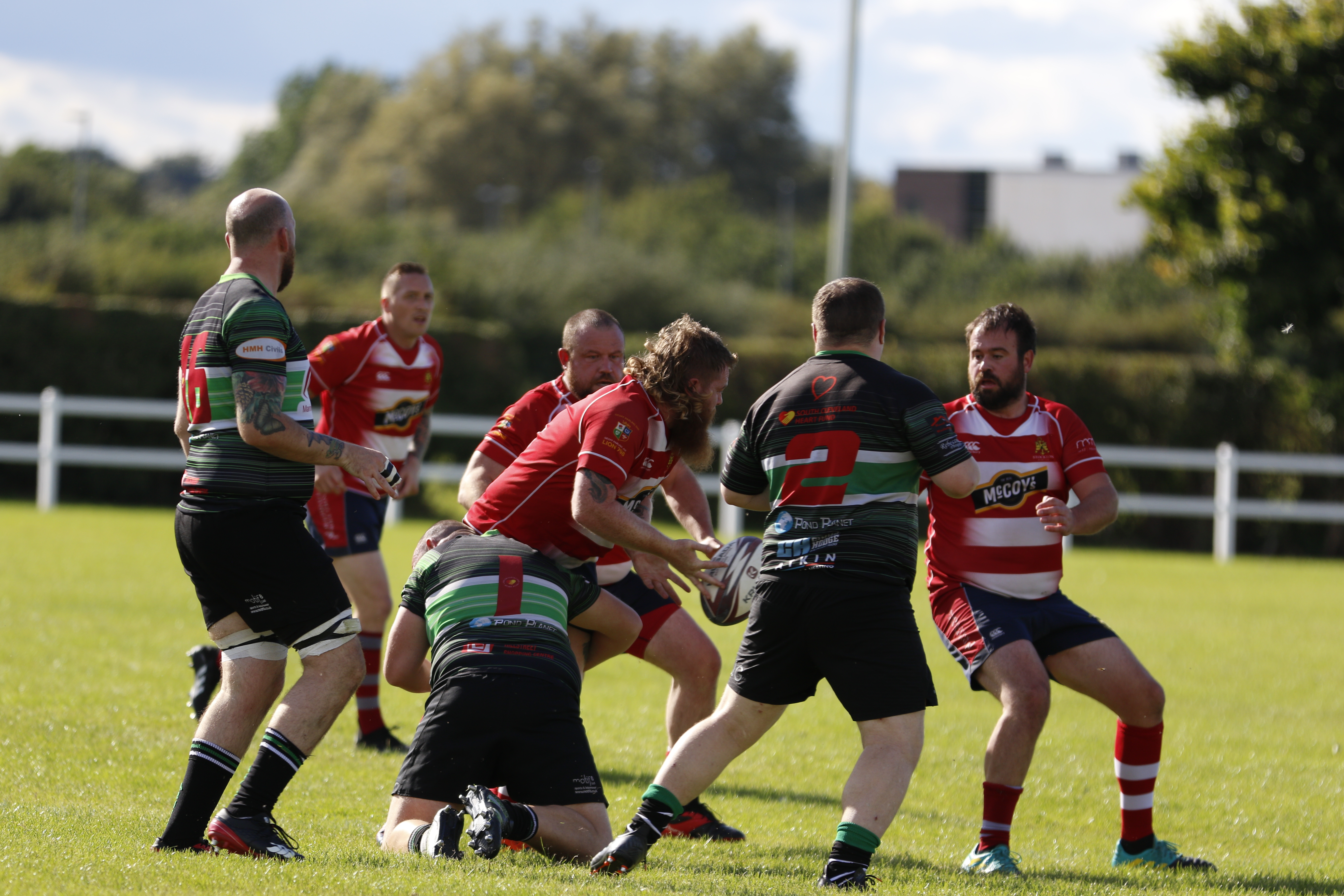 Derby matches are always tight affairs and this one proved no different. Although Stockton had their noses in front for the whole 80 minutes Acklam kept clawing back their lead with some creative running, after 5 minutes Stockton centre Jonny Horner sliced through for fly-half Stephen Jones to convert Then right winger Steven Bartliff touched down in the corner to make it 12-0 to Stockton after a quarter of an hour.

After 20 minutes Acklam scored in the corner with some deft handling before Stockton stretched their lead again with a pushover try by No.8 Scott Powel to make it 19-5 with Stephen Jones conversion. Just before the break Tight Head Prop Rhys McHugh was yellow carded for allegedly killing the ball at a ruck in the Stockton 22. Teenage prop Steven McKenna came on to cover Mchugh, making his league debut.

Acklam took advantage of Stockton’s short handedness with their second and third tries just either side of the break to make it 19-17 to Stockton with 30 minutes to go with McHugh restored to the ranks Tom Lloyd latched onto a Stephen Jones crosskick to touch down in the left-hand corner and claim the four-try bonus point.

Then Jonny Horner made a great support run for his second try to make it 29-17 to Stockton.

Sadly Stockton full-back Richie Young was then shown a yellow card for an alleged high tackle and again Acklam took advantage of Stockton’s paucity of defenders to race over to claim their 4 try bonus point by making the score 29-24 to Stockton with a few moments remaining. Stockton closed the game out, so the final score was 29-24 with Stockton claiming 5 league points and Acklam 2points.

Meanwhile at Grangefield Saracens hosted Ashington 1sts as their game against Acklam was a called off on Friday morning. As expected this was a tough encounter but Stockton did not disgrace themselves and scored 4 tries in going down 36-20, Tries came from flanker Liam Ryder, Winger Ben Draper, center Steven Tampin, and Evergreen skipper Simon Crozier Next Week Stockton 1sts host Hartlepool Rovers and our Saracens travel to Alnwick.