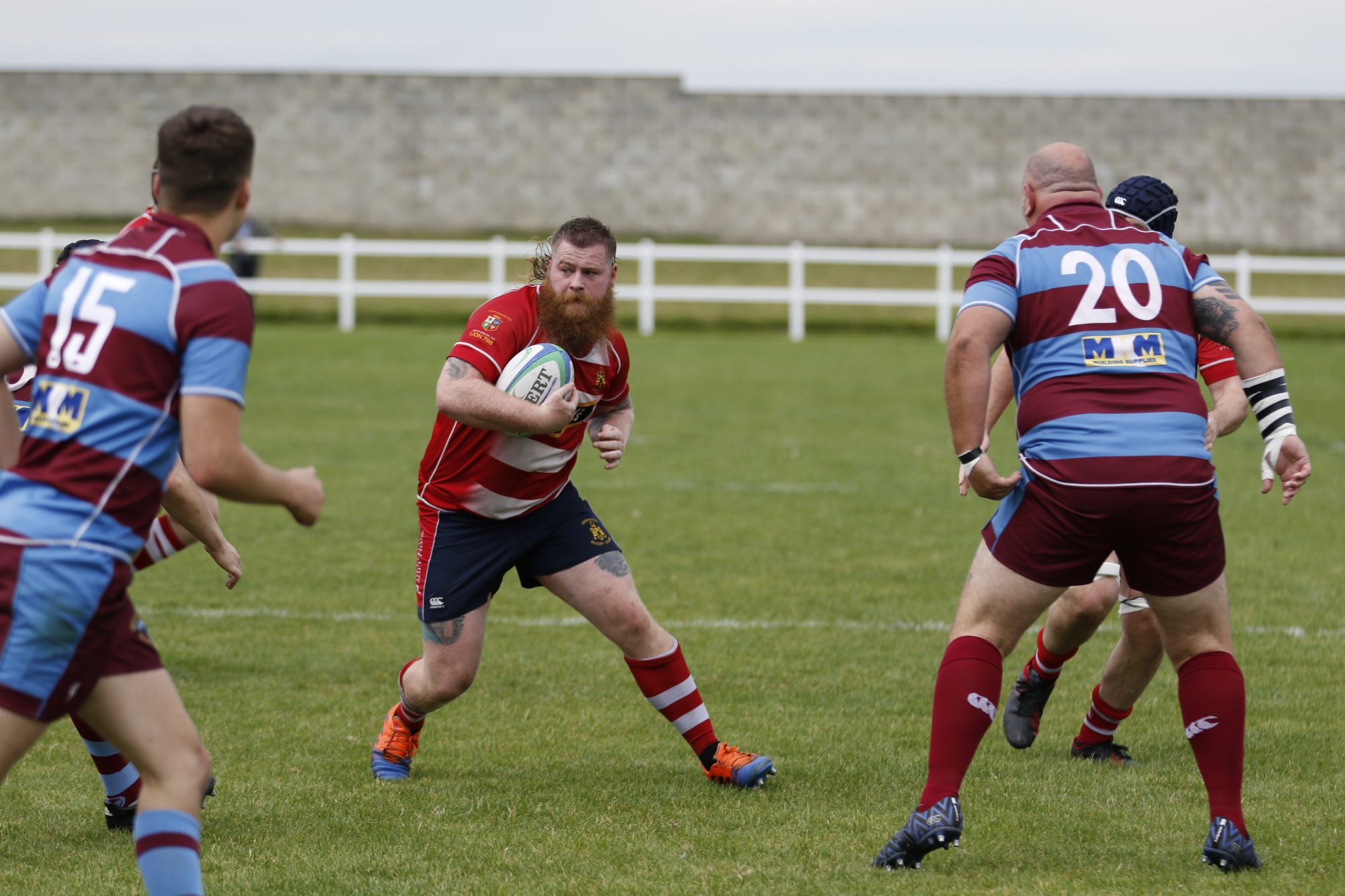 Stockton welcomed old friends Horden and Peterlee to a murky and cold Grangefield this afternoon, looking for their sixth win in a row.

Stockton made all the early running and there was only two minutes on the clock when centre Jonny Horner sent pacy winger Tom Lloyd 50 metres down the touch line to score in the left hand corner. Stephen Jones added a good conversion and Stockton were ahead 7-0

Further tries followed from forwards Rhys McHugh, Todd Highfield and Scott Powell, all converted by Jones, and just on halftime back row Josh Wilson made a break through the middle of the field, before putting out a pass to the left for Tom Lloyd to score his second try. Stephen Jones, who certainly had his kicking boots on, added his fifth conversion out of 5 attempts and the game was effectively with Stockton leading at halftime 35-0.

The break appeared to do the visitors some good and they rallied somewhat, scoring an unconverted try after 55 minutes. Unfortunately for them, the try appeared to spur Stockton on, and from the kick off Tom Lloyd secured the ball, made good ground and then passed to Jonny Horner who outpaced the defence to score under the posts, Jones again adding the conversion.

Stockton now ran riot against a tiring Horden side, with 6 more tries in the last 20 minutes by replacement back Joe Hargreaves (2), Todd Highfield (2, to complete a hat trick), Charlie Doherty, and Jonny Horner. Jones added 5 conversions for a personal tally of 22 points and Stockton were home and dry with a final score of Stockton 82, Horden and Peterlee 5.

An injury hit Horden were unlucky to come up against a Stockton team that were unbeaten in the last 5 games and hungry for points. Best wishes to them for the rest of the season.

Next week Stockton are at Ponteland