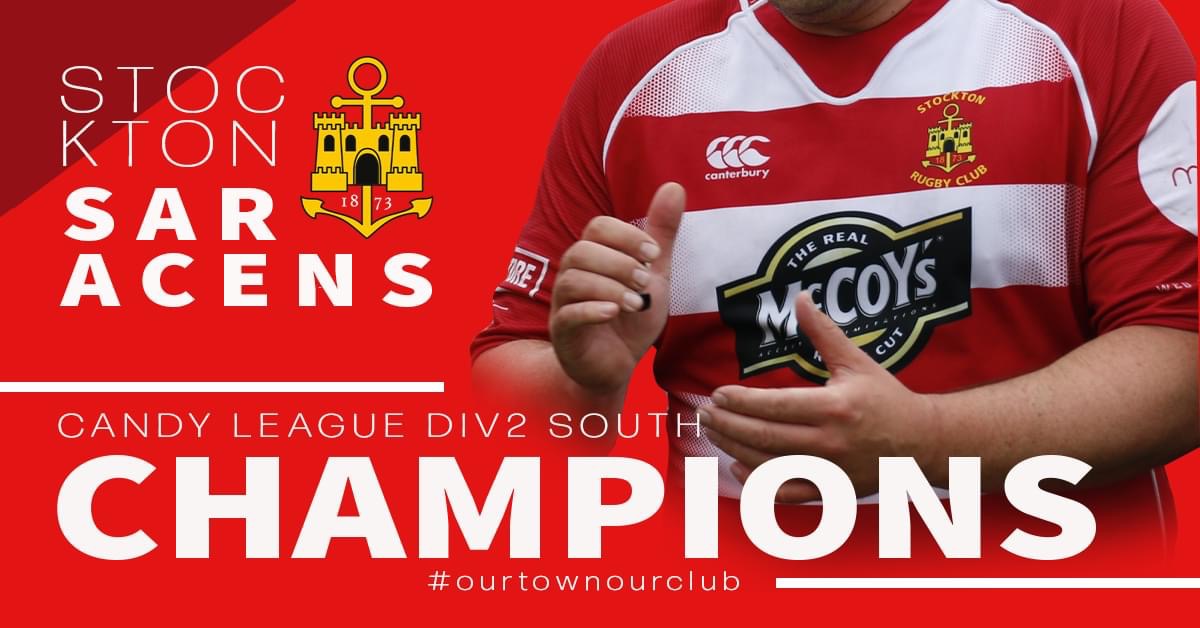 Over the moon to announce our Saracens are this seasons Candy League Two champions and will be playing Division One rugby next season. Until recently we were were playing Tees Merit rugby, to be playing the likes of Tynedale and Blaydon next season is a testament to how far the club has come.

Can we just take the opportunity to thank all the teams in the league for making it such an enjoyable and competitive season, especially Billingham 3TM in their first season in the league.

‘This promotion is a result of all the hard work from the lads, coaches and support team. A combination of youth and experience has helped us push on this year, now we can’t wait for next season and division one rugby!’

Thanks to everyone who has supported the team this season