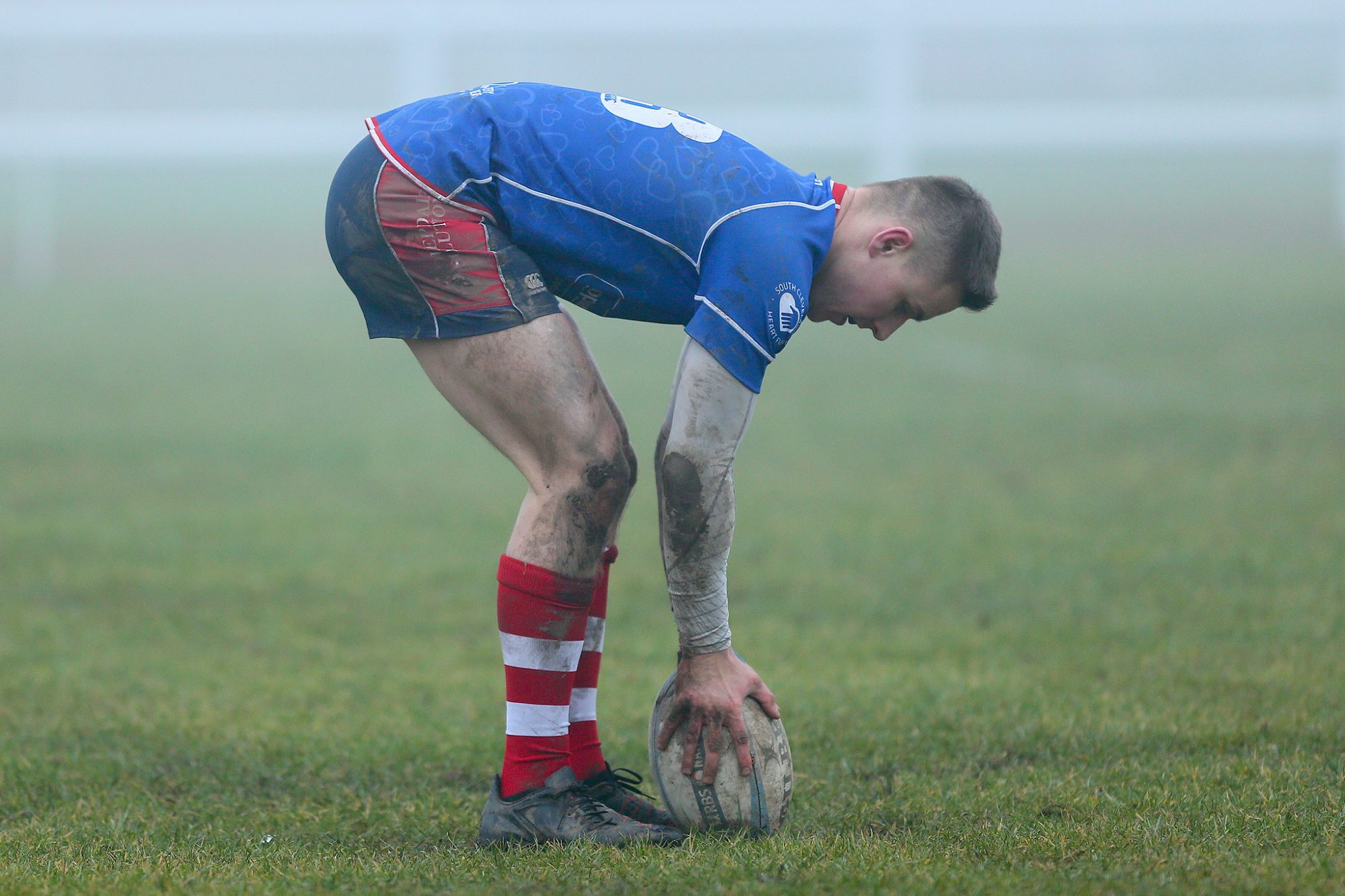 STOCKTON RETAIN THE RICK TAYLOR TROPHY WITH BONUS POINT WIN OVER ACKLAM
A misty Grangefield was host to Stockton’s last competitive game of 2021 as Acklam visited yesterday afternoon. A sizeable crowd had gathered for a league game that was also doubling up as the Rick Taylor Memorial Match which had been postponed in July.
Stockton started well and took the lead after only 6 minutes when, following a forward drive from a lineout on the 40 metre line, the ball was released to the backline and centre Joe Hargreaves crossed for an unconverted try wide out on the left. Stockton 5, Acklam 0.
Stockton were making all the running, but handling errors were causing havoc with their game and it was 30 minutes into the half before Stephen Jones increased the lead with a simple penalty.
Acklam had not had much chance to attack, but came right back into the game after 36 minutes with a length of the field converted try following an interception. Stockton 8, Acklam 7.
This seemed to spur Stockton on and just before the half time whistle as prop Rhys McHugh forced his way over the line near the posts and Jones adding the extras the teams went to the break with the score at Stockton 15, Acklam 7.
Stockton needed an early score to relax a little and they got it within 5 minutes of the resumption, a lovely little pass from fly half Stephen Jones putting skipper Charlie Doherty through a gap in the defence to score by the posts. Jones again added the conversion and it was Stockton 22, Acklam 7.
At this point Stockton introduced promising young hooker Jensen Raper on to the pitch for his first team debut. Welcome to senior rugby, Jensen!
Acklam came back into the game on fifty minutes when a kick ahead hit a goalpost and bounce into an Acklam player’s hands for a converted try. Stockton 22, Acklam 14.
Stockton were back in control after 60 minutes when Todd Highfield, appearing in the second row this week, dived over in the right hand corner for the home side’s fourth try of the afternoon and a bonus point. Stockton 27, Acklam 14.
72 minutes gone, and the game was made safe with a Jones penalty. Stockton 30, Acklam 14.
There were 5 minutes of the game left when replacement winger Te-Kori Moore made a superb break from out of his own half on the right, kicked over the defence and then collected the ball before being stopped just short of the try line. From the ensuing ruck, scrum half Tom Brown dived over the try line to score an unconverted try. Stockton 35, Acklam 14
In the closing seconds of the game Stephen Jones made a break into open space from his own half and then passed to Jonny Horner, who outpaced the defence over 40 metres to score Stockton’s sixth try of the afternoon. Jones added the extras and full time arrived with the score Stockton 42, Acklam 14 when referee Louis Dinsdale blew the final whistle .
An entertaining afternoon in tricky conditions with both sides always trying to run the ball. Best wishes to Acklam for the rest of the season. This win takes Stockton to third place in the league. And they retain the Rick Taylor Trophy they regained in 2019
The Pizza Guys Player of the Match was centre Joe Hargreaves.
#OURTOWNOURCLUB