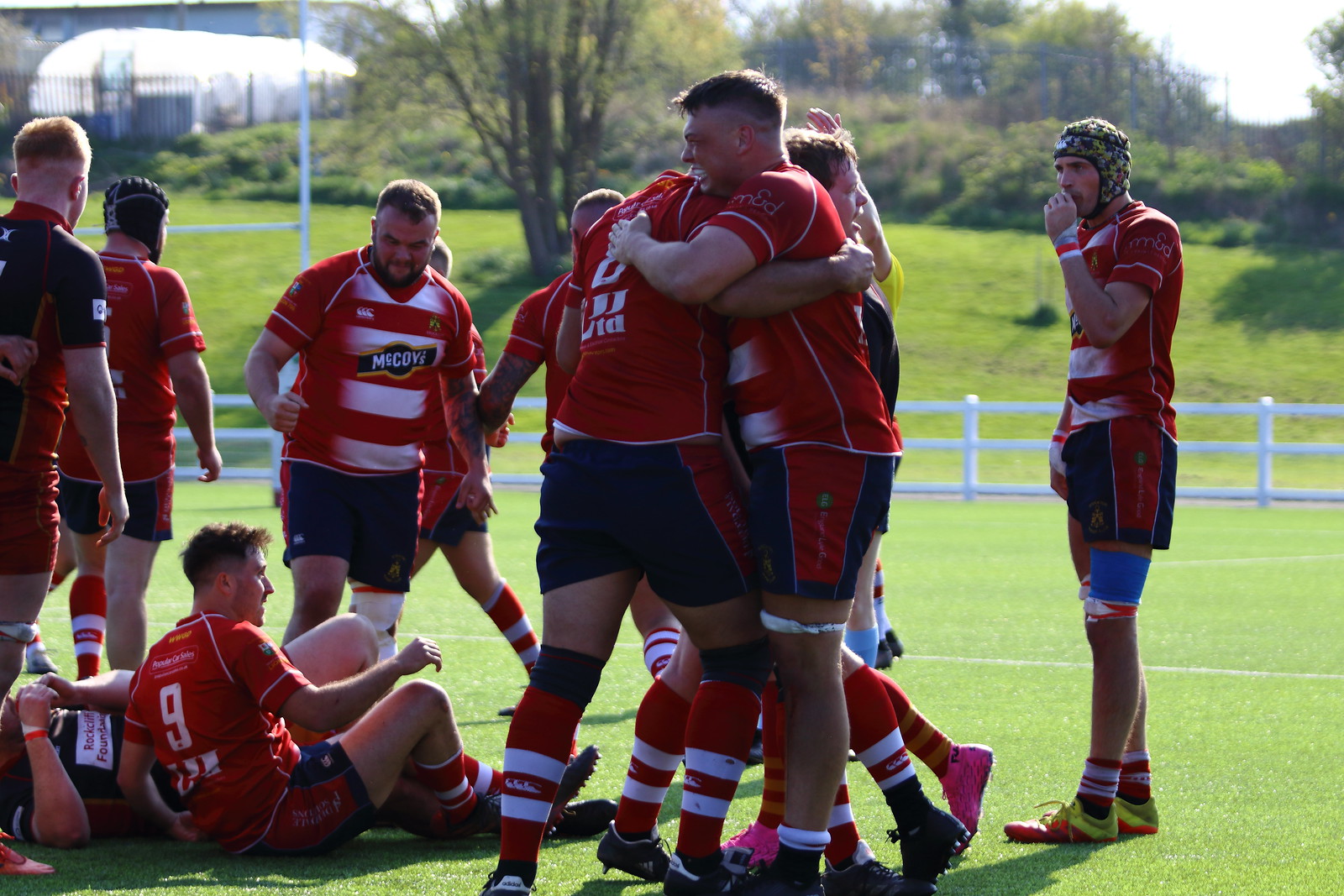 Stockton travelled up the A19 and through the Tyne Tunnel to face Whitley Bay Rockliff at a sunny Hillheads this afternoon, knowing that only a win would secure promotion from D and N One.

Stockton started well and showed some good attacking skills in the fifth minute when the forwards drove the ball from their own 22 metre line well into the home sides half, before the back line were released and a quick passing movement to the right resulting in wing Joe Hargreaves crossing for a try. Jonny Horner added the conversion and with. 7-0 lead a few of the inevitable Stockton nerves were settled.

Things improved further on 14 minutes when Horner added a penalty for offside at the ruck, but 4 minutes later the home side cut the lead back to 7 points with a penalty kick of their own.

In the 30th minute the score got a little closer and the Stockton nerves started to fray a little as another penalty took the score to Stockton 10, Rockliff 6, but in the last 10 minutes of the half Stockton got the gap back to 10 points with 2 more penalty kicks to take the score to 16-6 at half time.

Stockton needed a good start to the second half and it came in the 48th minute when the home side lost the ball 15 metres out from their own line. Fullback Steve Bartliff showed good football skills to dribble the ball forward and then dived on it as it bobbled over the try line. Jonny Horner added the extras and Stockton were now ahead by 23-6.

Rockliff we’re by no means finished and began to use the strong wind to their advantage, pinning the Stockton team in their own half. A converted try in the 55th minute reduced the deficit to 10 points and Stockton were now under almost constant pressure, with some tremendous defence on show.

After six minutes of injury time the referee finally blew his whistle with a final score of Rockliff 13 – 23 Stockton, the first promotion since 1991 was finally achieved. Many congratulations to all involved.